Showing The Battle for the Rhine by Robin Neillands 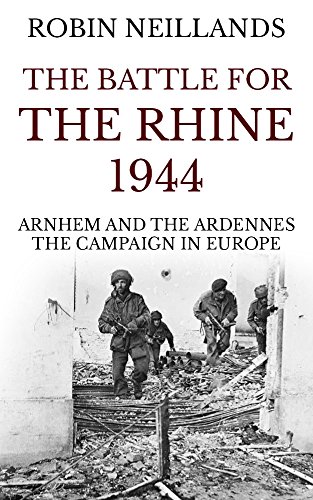 After the early success of the invasion of Normandy in 1944, the Allies struggled to
advance from the Seine to the Rhine.

The Nazis resisted fiercely at every opportunity.

Nijmegen, Arnhem, the Huertgen Forest, the battles along the Channel coast and the River Scheldt, at Aachen, across the Ardennes and in the Saar - each battleground presented its own challenges and even after seventy years the controversies remain.

Who was really responsible for the failure at Nijmegen, the destruction of the British 1st Airborne Division at Arnhem and the failure of Operation Market Garden?

Why was Montgomery threatened with the sack when he had just retrieved Bradley's failure in the Battle of the Bulge?

Was General Eisenhower's command strategy either workable or wise, and did Bradley and Patton undermine it?

How much of a part did the media and politics have to play in these post-Normandy battles?

In this masterly account of the 1944 post-Normandy campaign, Robin Neillands tells us what really happened in the long-drawn-out and costly struggle for the Rhine.

With careful research and clear, lively accounts of the complex battles Neillands focuses on the triumphs and tribulations that faced those in command.

It is one of the finest books on WWII, from one of Britain's most widely respected historians.

‘Immensely readable … a blast of fresh air’ – The Spectator

‘Informed and explicit, this is military history at its best’ – Western Daily Press

‘Neilland’s willingness to call a spade a spade will catch the popular imagination. His central argument is hard to fault’ – Literary Review