Showing Black Business in the New South: A Social History of the NC Mutual Life Insurance Company by Walter B. Weare 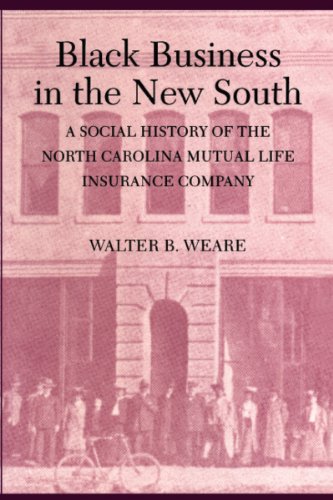 At the turn of the century, the North Carolina Mutual Life Insurance Company became the "world's largest Negro business." Located in Durham, North Carolina, which was known as the "Black Wall Street of America," this business came to symbolize the ideas of racial progress, self-help, and solidarity in America. Walter B. Weare's social and intellectual history, originally published in 1973 (University of Illinois Press) and updated here to include a new introduction, still stands as the definitive history of black business in the New South. Drawing on a wide range of sources—including personal papers of the company's leaders and oral history interviews—Weare traces the company's story from its ideological roots in the eighteenth century to its economic success in the twentieth century.