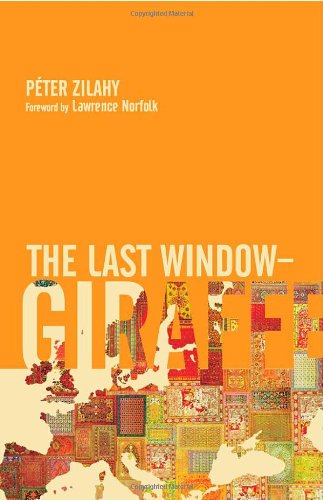 'The Last Window-Giraffe' is a playful and personal journey through the political unrest of the seventies and eighties. It was inspired by a Hungarian children's dictionary, entitled 'Window-Giraffe', which explained the whole world in simple terms; a world where everything was in order and all problems were easily solved. Popular across Europe for the best part of a decade, 'The Last Window-Giraffe' is a politically infused rendition of the original: quirky, astute and powerful. Peter Zilahy draws on his travels around the soft dictatorships of Eastern Europe, offering his acerbic observations on the often bizarre spectacle. In one instance he describes the carnival-like protests against the Milosevic regime in Belgrade simply and humorously. This reflects, like the format of the book, the manner in which the regime treat their people like children. Filled with his own striking photographs, Zilahy gives fascinating insight into a whole other universe behind the Iron Curtain. 'The Last Window-Giraffe' is one of the most unusual, beguiling books you will ever read.For more information please see the book website: http: //lastwindowgiraffe.anthempressblog.com