Showing Chernobyl: Confessions of a Reporter by Igor Kostin 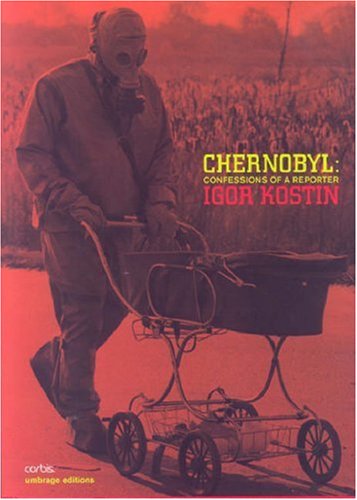 On April 26, 1986, Reactor #4 at the V. I. Lenin Nuclear Power Plant near Chernobyl exploded, releasing 400 times more radioactive matter than the bombing of Hiroshima. Igor Kostin, then a reporter for the Novosti Agency, took the very first photograph of the accident, continuing to endure massive radiation overexposure to document the disaster for the International Atomic Energy Agency. For the next twenty years he persistently investigated the explosion’s effects on mankind and the environment.

This never-seen-before photographic collection tells the incredible stories of liquidators, soldiers, scientists, and residents throughout Belarus, Ukraine, Russia, Latvia, Germany, Sweden, and France that have been socially, politically, and medically impacted by the catastrophe, creating a global perspective of the tragedy. With a distance of 20 years this spring, Chernobyl: Confession of a Reporter sparks timely debate over the health and sociological implications of current global energy policies.

Igor Kostin, born in Moldava in 1936, is a laureate of the most distinguished international prizes including five World Press Photo, a contributor to Time, Newsweek, Paris-Match, Liberation, and Stern. Kostin lives and works in Kiev, 50 kilometers from Chernobyl.