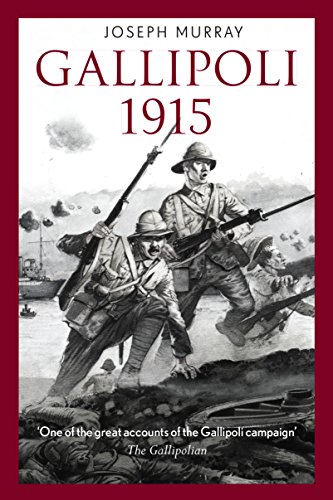 Beginning in 1915, the Gallipoli Campaign was intended to knock the Turkish Empire out of the First World War and open a supply route to Russia, strengthening the Allies immeasurably in the process. But thanks to the military incompetence of the higher commands, it ended in tragedy and unimaginable suffering, as the battle turned into a war of nerves largely played out in the hellish setting of the tunnels constantly being built by either side. The human cost was vast, with more than 50,000 Allied soldiers losing their lives, and it became known as the most controversial action of the war. Joseph Murray was one of the 400,000 British and Empire troops who took part and along with his comrades from the UK, Australia and New Zealand, showed extraordinary heroism and courage in the face of terrible hardship and danger. Gallipoli 1915 is his account of the campaign. Based on a diary Murray kept at the time and his later letters home, this riveting and detailed true story of a young man at war serves as a stunning tribute to the bravery shown by Murray and his fellow soldiers, and to the sacrifices they made in the name of their country.