Showing The Girls of Room 28: Friendship, Hope, and Survival in Theresienstadt by Hannelore Brenner 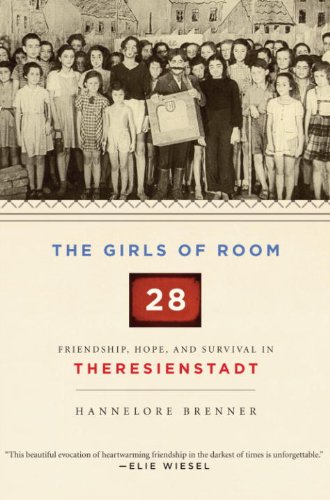 From 1942 to 1944, twelve thousand children passed through the Theresienstadt internment camp, near Prague, on their way to Auschwitz. Only a few hundred of them survived the war. In The Girls of Room 28, ten of these children—mothers and grandmothers today in their seventies—tell us how they did it.

The Jews deported to Theresienstadt from countries all over Europe were aware of the fate that awaited them, and they decided that it was the young people who had the best chance to survive. Keeping these adolescents alive, keeping them whole in body, mind, and spirit, became the priority. They were housed separately, in dormitory-like barracks, where they had a greater chance of staying healthy and better access to food, and where counselors (young men and women who had been teachers and youth workers) created a disciplined environment despite the surrounding horrors. The counselors also made available to the young people the talents of an amazing array of world-class artists, musicians, and playwrights–European Jews who were also on their way to Auschwitz. Under their instruction, the children produced art, poetry, and music, and they performed in theatrical productions, most notably Brundibar, the legendary “children’s opera” that celebrates the triumph of good over evil.

In the mid-1990s, German journalist Hannelore Brenner met ten of these child survivors—women in their late-seventies today, who reunite every year at a resort in the Czech Republic. Weaving her interviews with the women together with excerpts from diaries that were kept secretly during the war and samples of the art, music, and poetry created at Theresienstadt, Brenner gives us an unprecedented picture of daily life there, and of the extraordinary strength, sacrifice, and indomitable will that combined—in the girls and in their caretakers—to make survival possible.