Showing The Knock at the Door: A Journey through the Darkness of the Armenian Genocide by Margaret Ajemian Ahnert 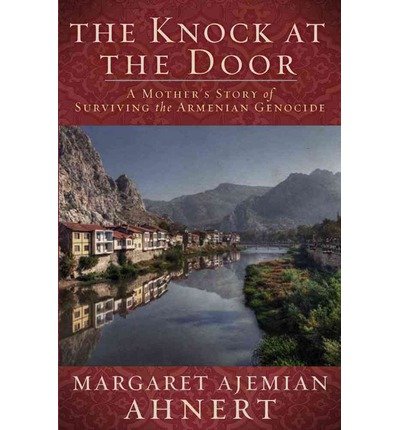 In 1915, Armenian Christians in Turkey were forced to convert to Islam, barred from speaking their language, and often driven out of their homes as the Turkish army embarked on a widespread campaign of intimidation and murder. In this riveting book, Margaret Ajemian Ahnert relates her mother Ester's terrifying experiences as a young woman during this period of hatred and brutality. At age 15, Ester was separated from her family during a forced march away from her birth town of Amasia. Though she faced unspeakable horrors at the hands of many she met, and was forced into an abusive marriage against her will, she never lost her faith, quick wit, or ability to see the good in people. Eventually she escaped and emigrated to America. Ahnert's compelling account of her mother's suffering is framed by an intimate portrait of her relationship with her 98-year-old mother. Ester's inspiring stories, told lovingly by her daughter, will give you a window into the harrowing struggle of Armenians during a terrible period in human history.