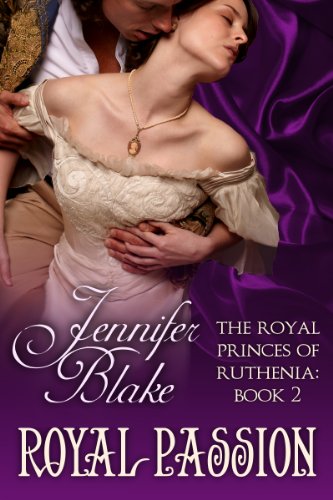 Mara has no idea how to seduce a royal prince, or what he will do when she betrays him…

During a grand tour of Europe, Mara’s grandmother falls prey to a gamester. When she can’t settle her losses, the enigmatic gentleman makes a chilling demand: Mara must seduce the brilliant and dangerous prince of Ruthenia or her grandmother will suffer.

Prince Roderic, dynamic son of Rolfe and Angeline from Royal Seduction, is intrigued by the Louisiana belle who comes to him in a French gypsy camp. He is also wary: France seethes with political unrest that has spread to his home country, and he must guard against assassination. Trusting kisses that come too easily would be foolish. He will take what Mara offers but guard his back — and his heart.

Dread stalks Mara as the desire she pretends turns to fiery reality. Which of the two people she loves must she sacrifice when the time comes — her grandmother or the prince?