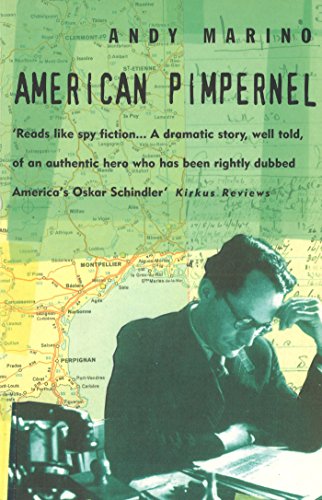 The incredible story of the American who saved more lives than Schindler - great literary, scientific and artistic figures such as André Breton, Heinrich Mann, Marc Chagall and Max Ernst who represented the political and cultural elite of Europe. This is one of the last great untold stories of World War II.

Varian Fry was an outsider, a flawed man who was transformed by the advent of war in Europe, finding his purpose as the saviour of hundreds of people facing death under the Nazis. Marino traces the progress of a seemingly impossible rescue operation, revealing the charismatic personality of Fry, and tells the story of those who helped him. It is a tale full of surreal and heart-stopping episodes: a novelist smuggled out of a concentration camp right under the noses of the guards; and the 'secret' escape route up a mountainside in full view of the entire population of Cerbère.

This is the first time his full, true story has been told, with the benefit of the author's access to archives and the cooperation of those who best knew Varian Fry.