Showing As I Have Loved You by Kitty De Ruyter 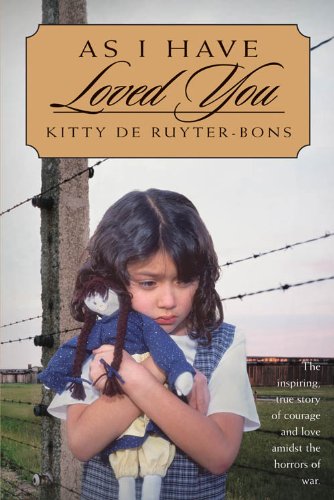 Like Anne Frank, Corrie ten Boom, and Viktor Frankl, Kitty de Ruyter- Bons endured the terror of man's inhumanity to man during World War II. In this inspiring and powerful true story, Kitty testifies of the triumph of the human spirit.

As both of Kitty's parents were devout Christians, her day started with a hymn and a scripture from the Bible. Kitty was only eight years old when her island paradise of Java, Indonesia, was invaded by Japanese soldiers during WWII.

Members of Kitty's family were taken to different prison camps. Kitty describes how her mother acted with courage in the face of hardship-even torture. Forbidden to pray at the camp, she nevertheless prayed and taught her children all she remembered of the scriptures. She courageously defied the Japanese officials and bravely took upon herself the consequences.

These and countless other incidents, beautifully portrayed, prove that the grace of Christ gives one power in the presence of hatred, evil, pain, and suffering.