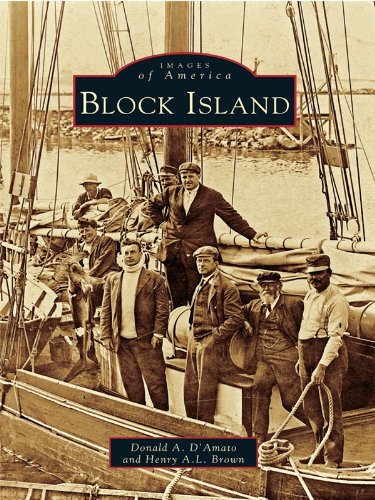 Block Island explores the evolution of the small, 7-by-3-mile island that lies between Point Judith, Rhode Island, and Montauk Point, New York. In 1637, Block Island, also known as "New Shoreham," was claimed by Massachusetts soldiers who took the land away from the Manisses Indians. When the island was sold to 16 proprietors in 1660, the history of Block Island as part of Rhode Island began. At any time of the year, Block Island has a special look and charm of its own. In addition to its beautiful sandy beaches and thundering surf, the island is plentiful with rolling hills, fertile valleys, and ponds. Within these pages, meet the early residents of the island and learn how this farming and fishing community first developed as a summer resort destination in the late 1800s. Summer scenes from the late nineteenth and early twentieth centuries, including views of the steamers that arrived daily carrying thousands of passengers from New York, Connecticut, and other parts of Rhode Island, are also featured in this collection.