Showing The Unnatural History of Cypress Parish by Elise Blackwell 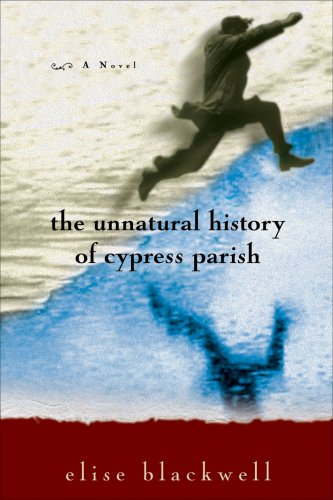 Set in southern Louisiana in the weeks preceding the great flood of 1927, this novel depicts a place and way of life about to be forever changed. On the verge of manhood and a stone’s throw of the rising Mississippi River, Louis Proby is pulled between his love of the natural world and the glittering temptations of New Orleans, between the beautiful Nanette Lançon and a father who no longer seems larger-than-life, between the simplicity of childhood and the complicated decisions of adulthood.

Louis comes of age at a time when the country is coming of age. In Louisiana, it’s a time when the powerful prove themselves willing to sacrifice the poor to protect their position. As the people of Cypress Parish go about their daily lives, bankers in New Orleans are plotting to alter those lives irrevocably. Like so many calamities, the one that befalls Cypress Parish has both natural and human causes.

Based on historical events and narrated on the eve of another disaster, The Unnatural History of Cypress Parish tells the story of a young man growing up in a time and place not quite like any other. And in doing so it reveals the complexity of our own relationship to the past. This a beautifully turned novel of love and natural history, married to the shadowy politics of Louisiana, a novel about what manhood means now and what it meant in the south in the 1920s.