Showing Down the Road: On the Last Day by Bowie Ibarra 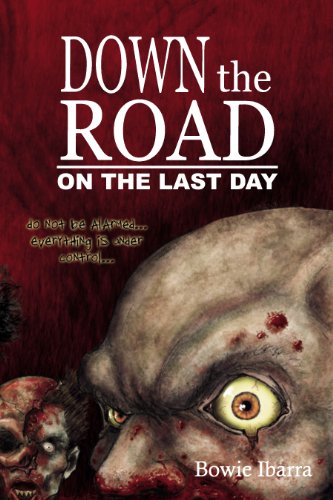 *A standalone novel set in the Down the Road universe!*

The walking dead. A global crisis. The remnants of America. Around the globe, the dead are rising to devour the living. Hospitals are overrun, and martial law has been declared. The streets are in chaos. Society is disintegrating. In a small south Texas town, the mayor has rallied his citizens against the living dead and secured their borders. Isolated in the countryside, the community holds their own. But when two strangers from San Antonio stumble into town, they bring news of a global peacekeeping force sweeping toward the city. Led by a ruthless commander, the force is determined to secure the republic of Texas on its own terms, and establish a new, harsh government for the plague-ravaged nation. Will the independently fortified Texas town hold out against the flesh-eating zombies and the tyrannical foreign army traveling down the road?