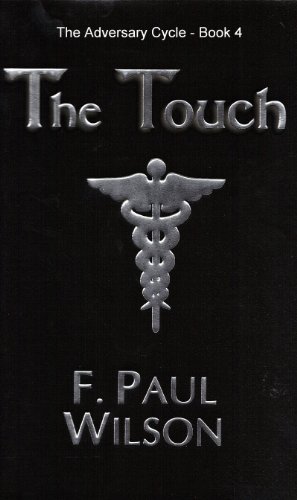 After a dozen years of practicing medicine as a family physician, Dr. Alan Bulmer discovers one day that he can cure any illness with the mere touch of his hand. At first his scientific nature refuses to accept what is happening to him, but there is no rational explanation to be found. So Alan gives himself over to this mysterious power, reveling in the ability to cure the incurable, to give hope to the hopeless—for one hour each day.

Although he tries to hide his power, word inevitably leaks out, and soon Alan’s life begins to unravel. His marriage and his practice crumble. Only rich, beautiful, enigmatic Sylvia Nash stands by him. And standing with her is Ba, her Vietnamese gardener, who once witnessed a power such as Dr. Bulmer’s in his homeland, where it is called Dat-tay-vao. And the Dat-tay-vao always comes with a price.

Help arrives from an unexpected quarter—Senator James McCready offers the use of his family’s medical foundation to investigate Alan’s supposed power. If it truly exists, he will back Alan with the full weight of the Foundation’s international reputation. Feeling that he has reached bottom and that things can only get better, Alan accepts McCready’s offer. But he has only begun to pay.

THE ADVERSARY CYCLE:
The Keep
Reborn
The Tomb
The Touch
Reprisal
Nightworld