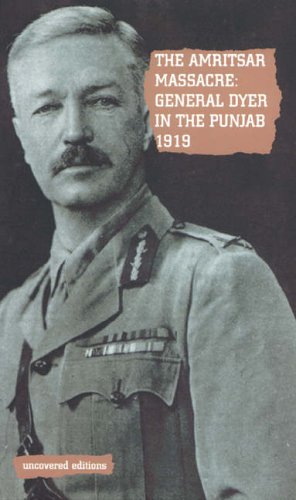 The killing of nearly 400 unarmed Indian protesters in the Punjab city of Amritsar and the degrading martial law which followed is one of the most ignominious episodes in the history of British imperial rule. Graphically recaptured in the film Gandhi, the massacre fuelled post-war Indian (especially Muslim) resentment at British control, and paved the way for the growth of support for Gandhi's independence movement. Determined to find a scapegoat, the British government inquiry into the massacre settled on Brigadier-General Dyer, the officer in charge on the fateful day. This Stationery Office edition of the report of the inquiry, and Dyer's own spirited defence of his actions, reveals the full horror of the military action, the jumpy mind-set of the British commanders, and the precarious position of the British in India. It is one of the best reads in this series, for the facts simply speak for themselves. Miles Taylor