Showing The Last Kabbalist of Lisbon by Richard Zimler 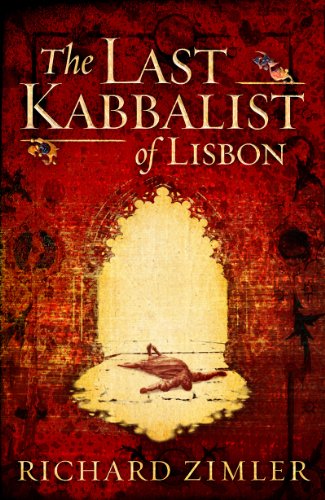 The Last Kabbalist of Lisbon is an international bestseller and an extraordinary novel that transports the reader into the universe of Jewish Kabbalah during the Lisbon massacre of April 1506.

Just a few years earlier, Jews living in Portugal were dragged to the baptism font and forced to convert to Christianity. Many of these "New Christians", in secret and at great risk, persevered in their Jewish prayers and practiced their rituals, and the hidden, arcane practices of the kabbalists, a mystical sect of Jews, continued as well.

One such secret Jew was Berekiah Zarco, an intelligent young manuscript illuminator. Inflamed by love and revenge, he searches, in the crucible of the raging pogrom, for the killer of his beloved uncle Abraham, a renowned kabbalist and manuscript illuminator, discovered murdered in a hidden synagogue, along with a young girl in dishabille. Risking his life in streets seething with mayhem, Berekiah tracks down answers among Christians, New Christians, Jews, and the fellow kabbalists of his uncle, whose secret language and codes at turns light and obscure the way to the truth he seeks.