Showing On the Overgrown Path by David Herter 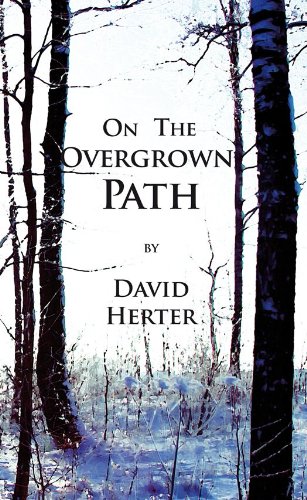 En route from Bratislava to Prague in the deceptive spring of the 1920s, Leos Janáček, famed opera composer, ethnographer, and amateur psychologist, is stranded in an obscure and enigmatic mountain village, lured from his train by a song of blood. Here, Janáček must become a detective far from home. Attempting to solve a bizarre murder in which he himself is suspect — and whose perpetrator might be a wild animal, a jealous lover, or Nature unhinged — he brings to bear his singular skills of observation and poetic insight, and most importantly, his belief in the truthfulness of the "little melodies" heard in everyday life: the cry of a bird, the plash of snow from the eaves, the horrendous lie voiced with a smile. What he uncovers is a many-stranded aria of ravenous Nature and mischievous Time, threatening to consume his world.

Newly revised and expanded, On the Overgrown Path inaugurates David Herter’s First Republic trilogy, an epic tale of death and rebirth set in the hinterlands of Europe between the World Wars, featuring a group of real-life artists who clash with the clockwork of Time.

“Just as there are touches of D M Thomas's The White Hotel (1981) in Herter's depiction through his beloved Janacek of the warp and weave of a civilization under stress, so there are suggestions of Algernon Blackwood's "The Willows"(1907) in the way he spells his great composer into tranced rapport with whatever breathes inside the wood and does not wish to be carved into music.”—John Clute

"The Luminous Depths has a richness of prose and a density of allusion and ideas reminiscent of authors like Aldiss and Wolfe―and, incidentally, it is a page-turning cracker of a horror story. Outside his homeland, Karel Čapek may be remembered primarily through his legacy of the term Robot. It is Herter's achievement in this novella to lead us through the narrow window of that single chthonic word to a rich evocation of a fragile, doomed period of Central European history."―Stephen Baxter

“David Herter’s trilogy, to which One Who Disappeared provides a spectacular and moving conclusion, does not fall; on the contrary, it remains perfectly suspended, sturdy and elegant—and by virtue of its topography, it does not, like more myopic literary projects, taper off into soothing closure, but opens wide to an even vaster and more glorious universe of possibility.” —Brian Stableford

“Distinctive and imaginative, Herter's tale moves to its own disconcerting logic: a debut of immense promise.” —Kirkus Reviews on Ceres Storm