Showing The Wild Cry of Love by Barbara Cartland 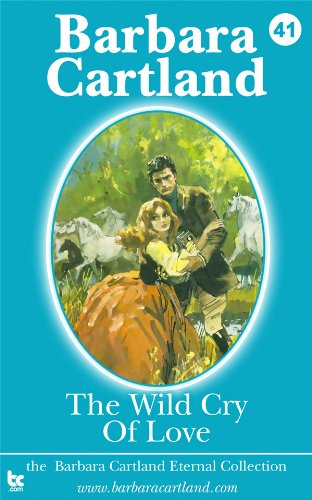 Valda lives a life of luxury with her mother and stepfather in a beautiful château in France. Educated in Paris and enjoying all that French society can offer, Valda’s English roots seem a very distant memory. That is until the day her stepfather declares that in true French style he is planning an arranged marriage for her.
Horrified at the thought of marrying a complete stranger, Valda knows that it is impossible for her to go along with her stepfather’s wishes, no matter how angry he will be by her disobedience. Much as she loves him, she has inherited her late father’s lively intelligent mind and spirit of adventure, as well as his wealth. She also possesses a soul that cries out for true love. Declaring that she intends to marry only for love and will choose her own husband, Valda struggles against a tradition that challenges all of her hopes and dreams.
Determined to prove to her stepfather that she can make wise, independent choices for herself, she bravely decides to embark on the journey of a lifetime to become a photographer. Stealing away at daybreak with her friends, the Gypsies, she knows that a Romani caravan is the very last place that anyone will look for an English heiress, leaving her safe to pursue her plan.
Reaching the Camargue in the South of France, Valda is captivated by its wild beauty and the stunning birds, bulls and horses. But before very long a handsome stranger catches her attention in an unexpected way. Still in disguise, she begins to realise that the romance she is seeking might be within her grasp – if only she can make him see that love is worth much more than money.