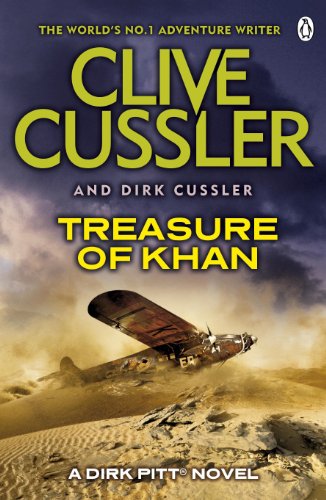 From the frigid lakes of Siberia to the hot wastes of the Gobi desert, Dirk Pitt is on the trail of fabled treasure . . .

Rescuing an oil survey team from a freak wave on Russia's Lake Baikal is all in a day's work for adventurers Dirk Pitt and partner Al Giordino. Yet when their ship is sabotaged and the survey team vanishes, Pitt is forced to get to the bottom of a mystery with far-reaching consequences.

Soon he's on his way to Mongolia. There, a powerful and ruthless business tycoon holding an astonishing secret about Genghis Khan is hoping to emulate the legend's greatest conquests - but on a global scale!

With the legacy of Khan and the lost treasures of Xanadu as the prize and the future security of the world at stake, Dirk Pitt for one isn't going to stand idly by . . .

Treasure of Khan is the nineteenth of Clive Cussler's bestselling Dirk Pitt novels - the series that also includes Shock Wave and, his first novel, Mayday - and is co-authored with his son Dirk Cussler.