Showing The Governor General And the Prime Ministers: The Making And Unmaking of Governments by Edward McWhinney 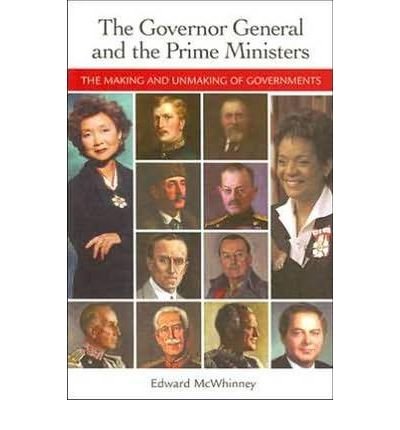 Since Canada may be faced with a period of minority governments, it has become increasingly important to understand the role of the Head of State -- the Governor General -- in facing the challenge of dysfunctionality. The author clearly lays out the present powers and responsibilities of the office, advising the country on what to expect from the Governor General and Prime Ministers. He does within an historical frame, revealing how the office has evolved from a time when the Governor General was the representative of the imperial government to today when the office has become part of Canada's constitutional checks and balances. McWhinney suggests how it is now possible to use the inherent power of the Head-of-State in concert with the other co-ordinate arms of government to make the constitutional precedents rarely result from high theory but from colourful personalities forced to make pragmatic decisions in difficult situations. He goes behind the scenes to portray royals, dignitaries and politicians in their private moments as they struggle to adapt constitutional rules to meet changing times.The volume ranges widely over the Commonwealth, showing how separate and diverse countries have drawn on another's experience to modernise the West-minister model. McWhinney ends by suggesting possible directions for Canada after the departure of Queen Elizabeth II.