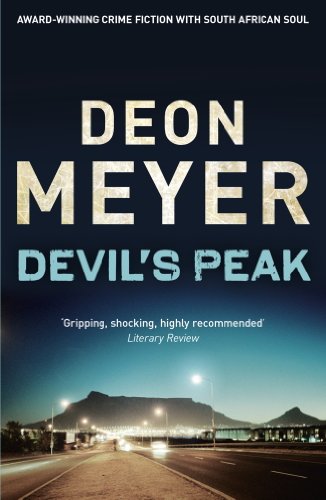 Soldiers never find it easy returning from war. So it is with Thobela Mpayipheli, former freedom fighter, trying to settle back into the new South Africa. But at least he has his boy, an adored companion who is a link to a happier past. Then the boy is taken from Thobela, one of a staggering number of children murdered or abused in South Africa, and Thobela knows only despair...and a cold desire for revenge. Thus is born the vigilante killer known as 'Artemis'. The police respond by putting on the case a man who can't afford to fail. Benny Griessel is on the brink of losing everything -- his job, his family, his self-respect -- and this could be his last chance to drag his life back out of the gutter. And then Benny meets Christine, a young mother working as a prostitute in Cape Town. And something happens that is so frightening, the world can never be the same again, for Benny, for Christine, or for Thobela.