Showing My Life as a Fake by Peter Carey 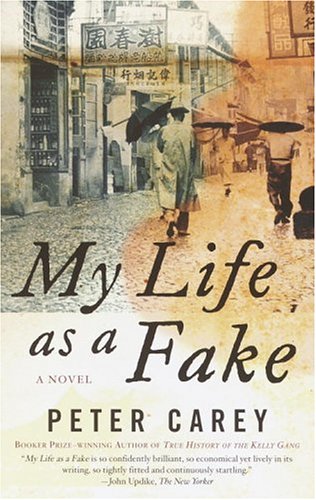 Fiendishly devious and addictively readable, Peter Carey's My Life as a Fake is a moral labyrinth constructed around the uneasy relationship between literature and lying. In steamy, fetid Kuala Lumpur in 1972, Sarah Wode-Douglass, the editor of a London poetry journal, meets a mysterious Australian named Christopher Chubb. Chubb is a despised literary hoaxer, carting around a manuscript likely filled with deceit. But in this dubious manuscript Sarah recognizes a work of real genius. But whose genius? As Sarah tries to secure the manuscript, Chubb draws her into a fantastic story of imposture, murder, kidnapping, and exile-a story that couldn't be true unless its teller were mad. My Life as a Fake is Carey at his most audacious and entertaining.