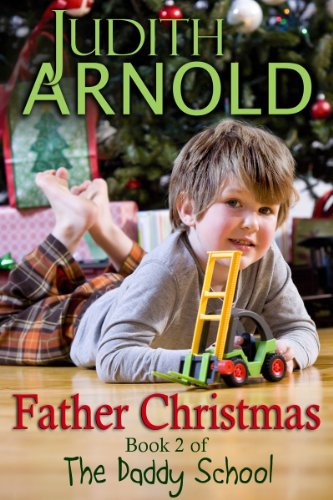 Book Two of the Daddy School series, originally published in 1997. Arlington, Connecticut police detective John Russo is responsible to a fault. When his girlfriend got pregnant, he married her. When she walked out on the marriage, he committed himself to raising their son himself. But when his baby-sitter has a family emergency and must fly to California, John’s carefully rigged existence comes crashing down. He needs help, and fast.

Molly Saunders co-founded the Daddy School to help men become better fathers. She wants to help John, not just by providing a space for his two-year-old son in her preschool but also by teaching him how to deal with his son’s demands—and teaching him that despite the occasional brutality of his work, he can still be a loving, vulnerable man. When it comes to learning the skills he needs to raise his son well, John is an A student. But Molly’s lessons in love prove much more challenging. Can a man who conceals a gun inside his undercover Santa Claus costume actually be the gentle, sensitive man of Molly’s dreams?