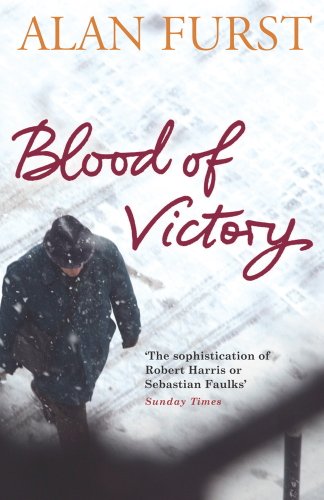 November, 1940. I.A. Serebin, a writer from Odessa and former decorated Hero of the Soviet Union, is on his way to Istanbul following a cryptic letter from a former lover. Ostensibly there on official business for the International Russian Union, an emigre organisation based in Paris, he is drawn into a clandestine world of international spies and political players. With war in Europe drawing nearer, Serebin is recruited by the British secret services - his mission to stop the export of Romanian oil to Germany. In a race against time, Serebin's journey will take him from the glittering salons of Paris to the back alleys of Bucharest and the Black Sea ports, in a covert operation to staunch the flow of oil, the precious 'blood of victory'.