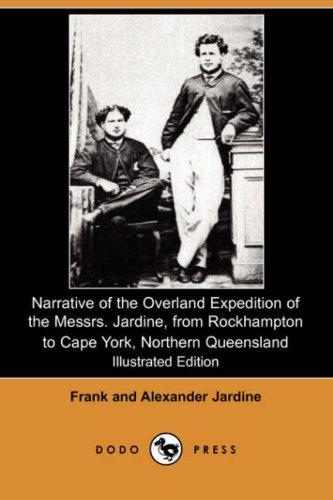 Narrative of the Overland Expedition of the Messrs. Jardine, from Rockhampton to Cape York, Northern Queensland (Illustrated Edition) (Dodo Press) Francis Lascelles (Frank) Jardine (1841-1919), and his younger brother, Alexander William Jardine (1843-1920), travelled 1200 miles from Rockhampton to Somerset (both in Queensland, Australia), in 1864. They started with 42 horses and 250 head of cattle. The trip took 10 months during which time the party was constantly harassed by the area's inhabitants as they forced their way through scrub and ... Full description