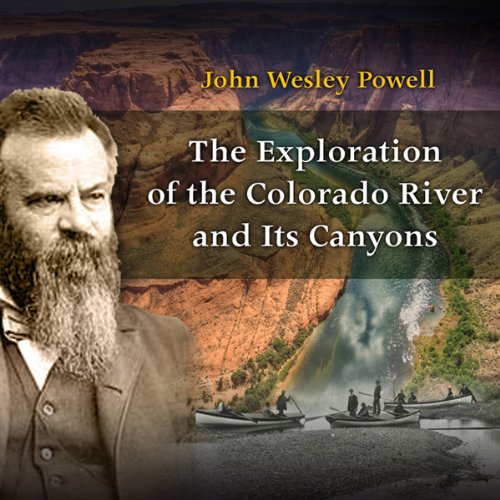 The great unknown of the Southwest is conquered by a one-armed man and his crew of adventurers, placing the Colorado River and the Grand Canyon on the map of the American continent. It is a journey no human being had ever made before. Dangerous rapids, narrow canyon walls offering no escape, terrifying river waterfalls, capsized boats, near drowning, lost equipment and disillusioned men are dramatically described by John Wesley Powell, leader of this adventurous party. In this first recording as an audiobook, Powell powerfully describes the spectacular beauty of the landscape, the fascinating lives of the indigenous people and the courageous efforts of the expedition party.