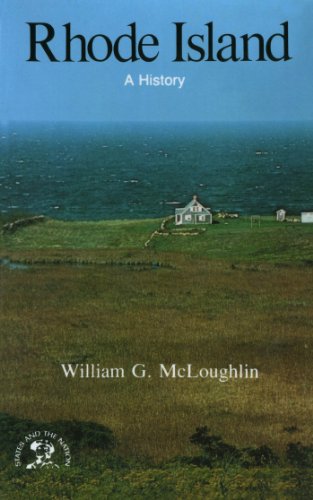 With a Historical Guide prepared by the editors of the American Association for State and Local History.

High atop the Rhode Island capitol in Providence, a bronze likeness of "The Independent Man" keeps watch over a state that historically has put the ideal of individual liberty before all others. Like many ideals, this one was freighted with many meanings. As the colony grew in the seventeenth century, the belief in religious liberty and freedom of conscience espoused by its founder, Roger Williams, led to the development of political liberty and practical democracy. In the eighteenth century, that dedication to individualism made Rhode Islanders into businessmen of the first order, willing to take the big risk in hope of a bigger reward. Their land being poor in natural resources, Rhode Islanders turned to trade; accumulating wealth from traffic in rum and slaves, they built in Newport and Providence small but elegant copies of Georgian England, and worried more about taxes and currency than about religion. When they felt poorly served by British policies, they became ready revolutionaries and led in the founding of a new nation. After the Civil War, their children took individual liberty to mean economic laissez-faire, ushering in the state's golden age when Rhode Island senator Nelson Aldrich became known as the "general manager" of the United States.

Through countless changes in the twentieth century, the ideal still survives and asks old questions of new generations of Rhode Islanders from many ethnic backgrounds: How best to reconcile the rights of minorities with the rule of the majority, and how best to secure the individual liberty and economic opportunity that Roger Williams and Moses Brown would have understood so well?