Showing Diary of a Cavalry Officer in the Peninsular and Waterloo Campaigns, 1809-1815 by William Tomkinson 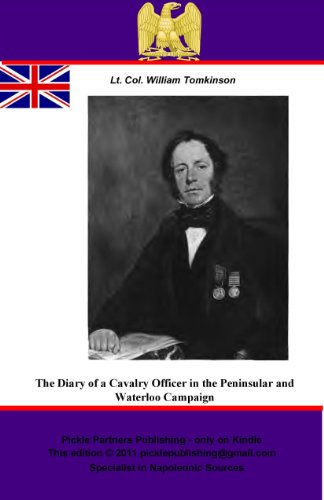 Lt Colonel Tomkinson's memoirs are a rarity amongst the many books written by British soldiers of their experiences during the Napoleonic period, in that it has been written by a cavalryman. This in itself makes the book interesting, but the author was also a witness to many of the pivotal engagements of the Peninsular War and Waterloo. He was present at the sieges of Badajoz, Cuidad Rodrigo, and San Sebastian, the battles of Busaco, Fuentes de Oñoro, Salamanca and Vitorria. His work is often quoted in histories of the Waterloo campaign which offers much to the casual reader or the serious historian.

Perhaps most striking about Tomkinson's text is the detailed notes that he must have taken contemporaneously are melded into a flowing account of his service. The detail of the marches and orders of battle are interspersed with anecdotes and insights.