Showing The Heirs of the Prophet Muhammad: And the Roots of the Sunni-Shia Schism by Barnaby Rogerson 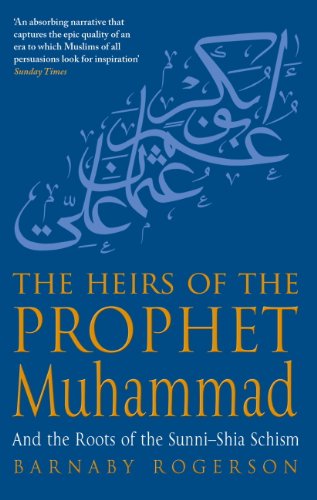 The Prophet Muhammad taught the word of God to the Arabs. Within a generation of his death, his followers - as vivid a cast of heroic individuals as history has known - had exploded out of Arabia to confront the two great superpowers of the seventh-century and establish Islam and a new civilization. That the protagonists originated from the small oasis communities of central Arabia gives their adventures, their rivalries, their loves and their achievements an additional vivacity and intimacy. So that on one hand, THE HEIRS OF THE PROPHET MUHAMMAD is a swaggering saga of ambition, immense achievement, self-sacrificing nobility and blood rivalry, while on the other it allows us to understand some of the complexities of our modern world. For within this fifty-year span of conquest and empire-building, Barnaby Rogerson also identifies the seeds of discord that destroyed the unity of Islam, and traces the roots of the schism between Sunni and Shia Muslims to the rivalry of the two individuals who best knew and loved the Prophet: his cousin and son-in-law Ali and his wife Aisha.