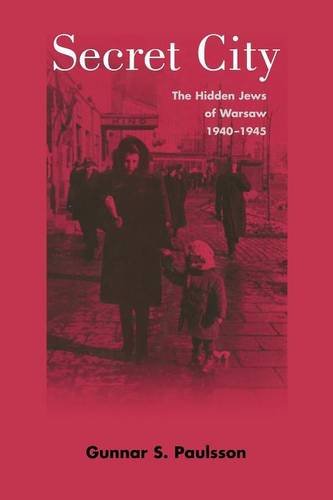 Secret City When the Nazis forced most of Warsaw's Jews into the city's infamous ghetto during the Second World War, some 28,000 Jews either hid and never entered the Warsaw Ghetto, or escaped from it later in what Gunnar S. Paulsson calls 'the greatest prison-break in history'. This book - the first detailed treatment of Jewish escape and hiding during the Holocaust - tells the story of these hidden Jews of ... Full description