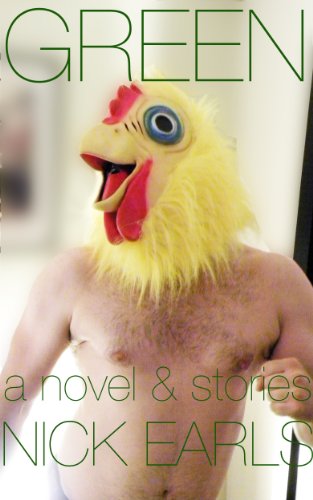 "In our year at uni, Frank Green is it. The style council, the big man on campus, the born leader. From day one, Frank Green has been the definition of cool. Frank Green, frank in all colours, shameless and sure as a peacock. Peach jeans, pink jeans, Frank Green.

Queensland Uni, Medicine, 1981. Nothing counts here if Frank’s not a part of it."

It's not male bonding over rugby or beers that brings Phil Harris and Frank Green together; it's a simple fluke of alphabetical surnames in first-year chem at their local uni on their way through med school, but sometimes that's all a friendship requires. It's a friendship that starts in 1981 and continues through thirty years of creme de menthe and brizgaritas--Brisbane margaritas made from Frank's own secret recipe (though it won't stay secret for long, if he has any say in it, and really it's just Staminade and tequila)--obstetric residencies and arthroscopic inventions, sizzling sausage socials and a New York marathon that wasn't. From the moment they cheat on their lab practical using nothing more than Phil's wits, Frank's charisma, and a packet of instant coffee, their friendship is secured as one for the ages. In between studies, laboratories, and inventions, Phil and Frank will scoop ice cream at amusement parks, bartend a cruise ship where the female attendees are Spanish for the evening, and help ensure that Ron Todd's World of Chickens becomes the fast-food success it was always destined to be.

“Earls’s prolific oeuvre of 12 novels and two short-story collections has steadily built him an international reputation as a contemporary writer who makes comic yardage—from subtle irony to groan-out-loud gags—out of the emotional entanglements of decent men during episodes of self-evaluation and transformation.”
-Sydney Morning Herald

“Contemporary, cliché-free Australian fiction that is sure to have a very wide appeal.”
-The Australian