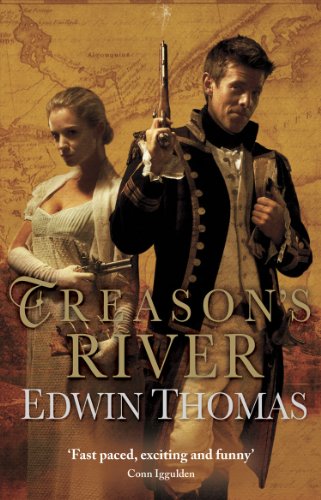 August, 1806. As Britain fights alone against France, the greatest political chancer of his age hatches an audacious plot to upend the world order. Only one man stands in his way. Unfortunately, that man is Lieutenant Martin Jerrold.

With powerful enemies in England to escape, Jerrold is only too happy to undertake a routine mission to America. But he'll soon wish he had stayed at home, as his journey takes him across pirate-infested seas, through the wilderness of the American frontier and down the mighty Mississippi river - into the heart of an extraordinary conspiracy.

The stakes are high - the entire future of Britain's war against Napoleon rests in his not-so-capable hands. One wrong move and the consequences will be catastrophic, even by Jerrold's own dismal standards.