Showing The Fall of the King by Johannes V. Jensen 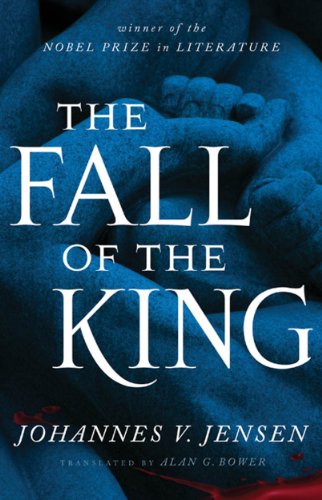 Taking place during the first half of the sixteenth century, The Fall of the King tells the story of dreamy, slacking student Mikkel Thøgersen and the entanglements that ultimately bring him into service as a mercenary under King Christian II of Denmark. Moving from the Danish countryside to Stockholm during the execution of Swedish nobility and finally to the imprisonment of Mikkel and Christian, the narrative is a lyrical encapsulation of “the fall”—the fall of country, history, individuals, and nature.

Twice voted as the most important Danish novel of the twentieth century, The Fall of the King is both an epic depiction of real events and a complex psychological novel. Half pure narration, half prose poem, its scenes of brute realism mixed with rhapsodical passages make it a work of artistic genius.