Showing The Treasures of the Pyramids by Zahi A. Hawass 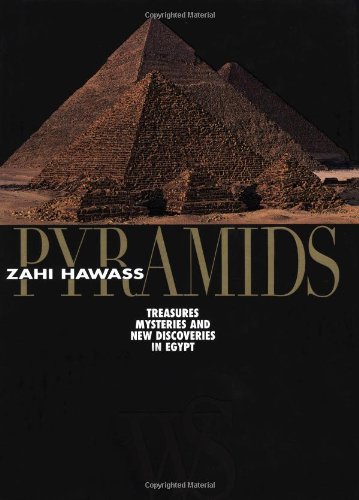 Hardcover. Pub Date: 09 2011 Pages: 320 Publisher: White Star Publishers Besides being Marvelous Architectural Constructions produced in very ancient history at The pyramids are The MOST apparent aspect of the unique religious and metaphysical beliefs Proven of a Civilization that Developed On The Banks of the Nile and evolved to an extraordinarily refined level. Yet the pyramids are still shrouded in mystery: despite all the research and studies carried out. we still do not know for certain how the pyramids were really built. However. the most recent excavations and research have thrown new light on the world that existed around the pyramids. on the lives of the workers that built them and the court dignitaries who were granted the privilege of a burial place near that of their king.