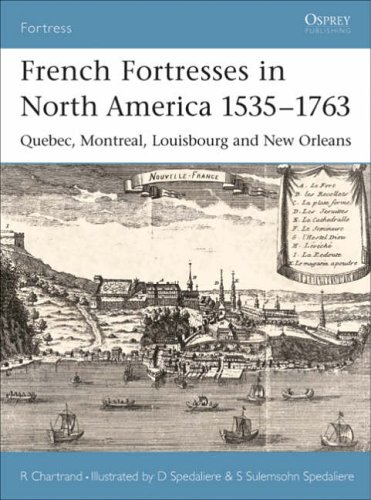 French Fortresses in North America, 1535-1763 This title provides a detailed examination of the defenses of the three largest fortified cities in Canada - Quebec, Montreal and Louisbourg - and also covers New Orleans in America. Quebec City is the best known and most impressive of the sites covered, and was the strongest of the fortresses of New France: besieged twice by the British (1690 and 1759) and once by the French (1760), it was captur... Full description