Showing Thanks to My Mother by Schoschana Rabinovici 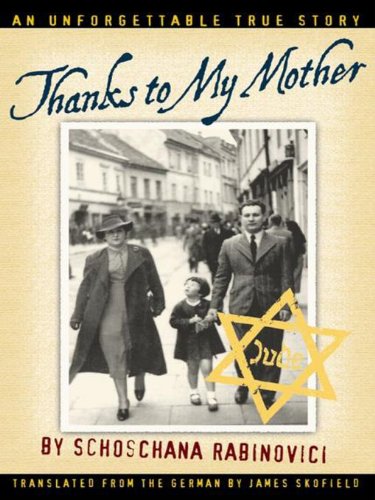 Susie Weksler was only eight when Hitler's forces invaded her Lithuanian city of Vilnius. Over the next few years, she endured starvation, brutality, and forced labor in three concentration camps. With courage and ingenuity, Susie's mother helped her to survive--by disguising her as an adult to fool the camp guards, finding food to add to their scarce rations, and giving her the will to endure. This harrowing memoir portrays the best and worst of humanity in heartbreaking scenes you will never forget.

Winner of the Mildred L. Batchelder Award
An ALA Notable Book
An NCSS-CBC Notable Children's Trade Book in the Field of Social Studies