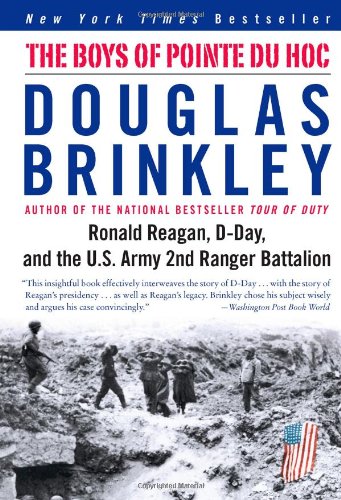 Paperback. Pub Date: 2006. Pages: 274 in Publisher: Harper Perennial These are the boys of Pointe du Hoc These are the men who took the cliffs These are the champions who helped free in a continent These are the heroes the who helped end a war. - Ronald Reagan. June 6. 1984. Normandy. France Acclaimed historian and author of the New York Times bestselling Tour of Duty Douglas inkley tells the riveting account of the ave US Army Rangers who stormed the coast of Normandy on D -Day and the President. forty years later. who paid them homage.The importance of Pointe du Hoc to Allied planners like General Dwight Eisenhower cannot be overstated. The heavy US and itish warships poised in the English Channel had eighteen targets on their bombardment list for D-Day morning. The 100-foot