Showing Deadly Slipper : A Novel of Death in the Dordogne by Michelle Wan 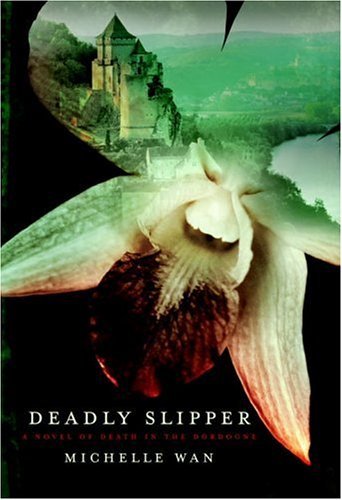 Nearly twenty years have passed since Mara Dunn’s sister Bedie, an orchid enthusiast, disappeared while on a hiking holiday in southwestern France. Mara remains determined to find out what happened—but her only real clue is a sequence of wild orchids, including a mysterious, previously unknown Lady’s Slipper, captured on a roll of film found in Bedie’s long-lost camera. With the help of Julian Wood, a reclusive English botanist, Mara begins her search . . . stumbling into decades’ worth of local secrets and putting herself in danger. Rich in lush descriptions of the Dordogne, and laden with savory details of French cooking, Deadly Slipper is rife with surprising twists and turns.