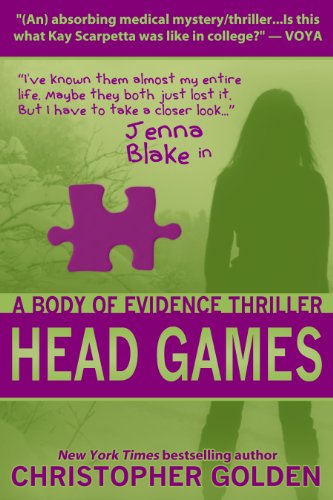 "They were my friends. I've known them almost my entire life. Maybe they both just lost it, but I have to take a closer look."

Home from college on break, Jenna Blake is horrified to discover that a childhood friend has murdered his entire family -- and he's not the only one. During the next two days, several other area teens experience homicidal rages, but are later unable to explain or even recall their actions.

The police are leaning toward the popular explanation: brutality influenced by violence in movies and video games. But when Jenna investigates further, she begins to believe that someone is playing sinister head games with her former classmates...and with her, as well.

What Jenna needs is someone to take her seriously, but Slick is preoccupied with a mystery of his own, her father has taken off for France, and her college friends have all gone away for the holidays.

Jenna's on her own this time.