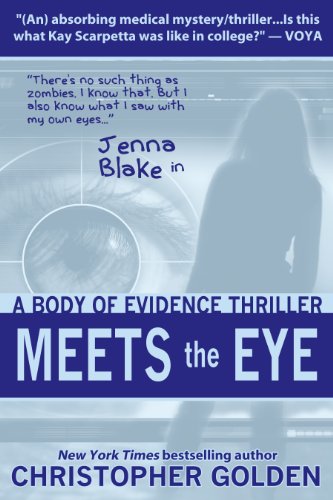 "There's no such thing as zombies. I know that. But I also know what I saw with my own eyes..."

Freshman year is supposed to be filled with new experiences, but Jenna Blake's not sure she's ready for all of the changes her life has gone through recently. She's lost one close friend to a tragic crime, and two others are now becoming romantically involved. Jenna is further unsettled when a baffling new case presents itself at the medical examiner's office, where she works as an assistant.

The Boston area is experiencing a crime wave which includes both major theft and murder. The problem is, each of the criminals is someone that Somerset Medical Center has declared legally dead -- and who has been buried.

Jenna has to piece together an explanation for these "zombie crimes". She knows that there's more going on here than meets the eye. The dead can't really rise from their graves -- or can they? One thing's for sure . . . she doesn't want to find out the hard way.