Showing Quarrel With The Foe by Mel Bradshaw 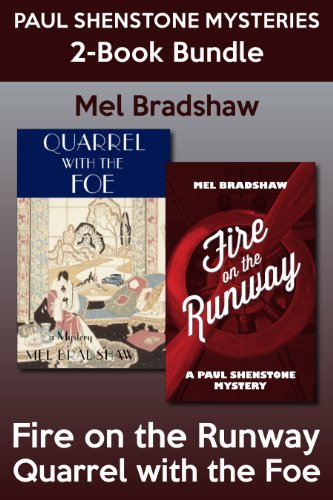 This double edition of the Paul Shenstone Mystery series presents Mel Bradshaw's original hit novel and its just-released sequel. Surviving the horrors of the Great War only be plunged into the machinations of rumrunners and plutocrats, detective Paul Shenstone keeps watch in the shadows of the Jazz Age.

-
Margaret Cannon, The Globe and Mail

"A double delight…totally immerses the reader."

"Bradshaw has a winner here."

When grenade explodes outside a west-end hotel room, a failed assassination turns into a dangerous game that could plunge the world back into war.

Once an infantryman in Flanders, detective Paul Shenstone now cleans scum off the streets in 1920s Toronto. But when an explosive case offers him a big break, can betray his fellow officers for it?