Showing Inside the Seraglio: Private Lives of the Sultans in Istanbul by John Freely 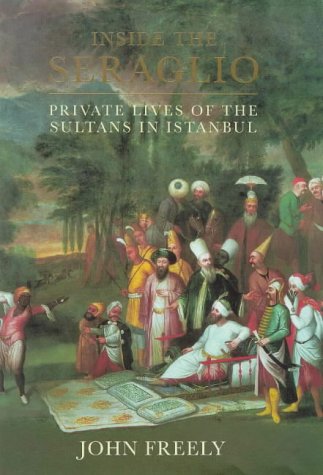 John Freely has written dozens of books about Turkey and Istanbul, and is certainly well qualified to provide an account of the goings-on inside the seraglios of the old Ottoman emperors. His earlier Istanbul: The Imperial City is a fascinating guide to the splendours of the city, and Inside the Seraglio is a fitting pendant to that book. Scores of sumptuous illustrations, along with extensive selections from contemporary sources, give a rich sense of the "House of Felicity", the Topkapi Sarayi, in which generations of emperors indulged themselves. As the Court Poet to Ahmet III (The Tulip King) put it: "let us laugh, let us play, let us enjoy the delights of the world to the full."

This is a sensual and often beautiful study that paints a vivid portrait of Oriental living. But there is a problem--it is now nearly 20 years since Edward Said wrote Orientalism, his devastating attack on the Western tendency to see the East as a repository of sensual indulgence and weak-minded decadence. This is not, as Said says the East, this is a biased version of the East, but it is this version that the reader is likely to take away from Freely (who doesn't mention Said in his bibliography). Read these two books side by side for an interesting sense of the dialogue about contemporary representations of the Orient. --Adam Roberts