Showing Tamerlane: Conqueror of the Earth by Harold Lamb 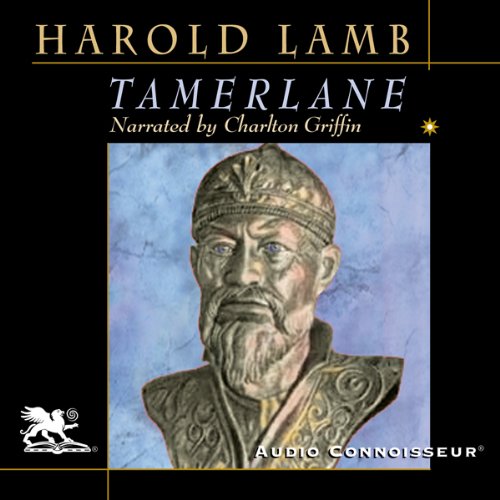 Sweeping out of Central Asia in the last half of the 14th century came the Tatar armies of Timur, known as Tamerlane in the West, and one of history's supremely gifted military leaders.

With consummate skill, Tamerlane cobbled together a kingdom from the tattered leftovers of various Mongol fiefdoms. He then enlarged that fiefdom into a large and menacing power in the center of Asia. But when the mighty Mongolian empire decided to crush out this upstart rival, it was too late.

Tamerlane not only defeats the Mongols, but goes on to vanquish the Persians, the Indians and the mighty Ottoman Turks in successive wars. It was one of the most astounding developments imaginable, doubly so because of its swiftness and decisiveness. And at the time of his death in 1405, Tamerlane was on his way to invade and subdue China with an army of 200,000.

Ruling from his fabulous capital of Samarkand, he was a fascinating, controversial, and contradictory tyrant. He was both a destroyer and a builder, a barbarian and a cultured gentleman. He was ostensibly Muslim, but was the scourge of Muslim states, who vilify him to this day. The Tatar empire at his death approached the dimensions of the earlier Khans of Mongolia, yet it melted away immediately after his passing.

In yet another superb historical work, Harold Lamb brings the mighty Tatar leader to vivid life and shows how this ruthless commander used his superior intellect and magnetic leadership to overcome one obstacle after another. Tamerlane was truly one of the most remarkable personalities ever to emerge from the steppes of Central Asia.