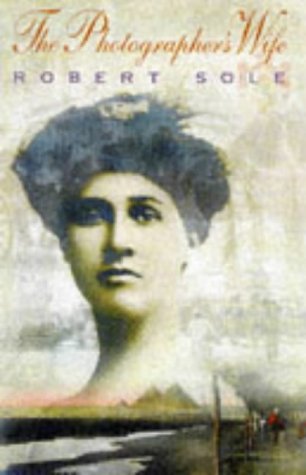 Robert Sole's fin de siecle Cairo buzzes with the excitement and turbulence of the old century giving way to the new: murmurings about the chafing humiliation of British rule, the shocking sight of a woman boldly astride a bicycle, news of the horror of the Dervishes massacre at Omdurman--all thread their way through le petit monde. At its core are Milo Touta, self- proclaimed ‘Photographer to the Consulates,' bon viveur and excitable raconteur and his beautiful wife Dora, amateur painter turned professional photographer. The new informality of her lens' gaze enchants ‘le tout Cair,' even the imperious khedive and magisterial Lord Cromer.

The novel's real achievement lies in its ambitious and confident scope and a narrative advanced through a splendidly drawn cast of characters: the gregarious Popinots, defenders of all things French, plump and affable Ibrahim, a rich Muslim whose composition of an Egyptian Marsaillaise is his labour for life, the passionate nationalist Said and of course, Dora (pace, Freud: she is the only character allowed some self-reflection in chapters dotted throughout which employ the first rather than the third person). As she negotiates the strains of her success, the political upheavals shaping Egypt's future are cleverly mirrored in her intimate world. Translated from the French, The Photographer's Wife offers a pleasurably old-fashioned millennial tale rather than opting for a challenging leap into post-modern reflexivity.--Ruth Petrie