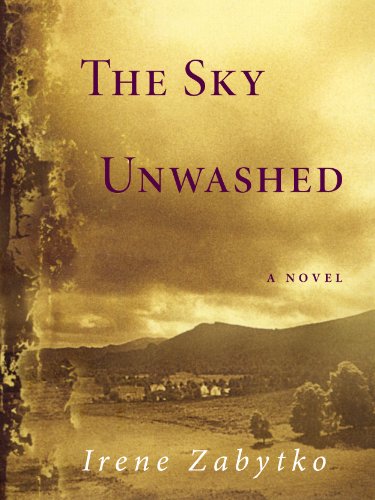 Early on an April Saturday in 1986 in a farm village in Ukraine, widow Marusia Petrenko and her family awake to a day of traditional wedding preparations. Marusia bakes her famous wedding bread-a korovai-in the communal village oven to take to her neighbor's granddaughter's reception. Late that night, after all the dancing and drinking, Marusia's son Yurko leaves for his shift at the nuclear power plant at Chernobyl.

In the morning, the air has a strange metallic taste. The cat is oddly listless. The priest doesn't show up for services. Yurko doesn't come home from work. Nobody know what's happened (and they won't for many days), but things have changed for the Petrenkos-forever.

Inspired by true events, this unusual, unexpected novel tells how-and why-Marusia defies the Soviet government's permanent evacuation of her deeply contaminated village and returns to live out her days in the only home she's ever known. Alone in the deserted town, she struggles up into the church bell tower to ring the bells twice every day just in case someone else has returned. And they have, one by one/ In the end, five intrepid old women-the village babysi-band together for survival and to confront the Soviet officials responsible for their fate. And, in the midst of desolation, a tenacious hold on life chimes forth.

Poignant and truthful and triumphant, this timeless story is about ordinary people who do more than simply "survive."