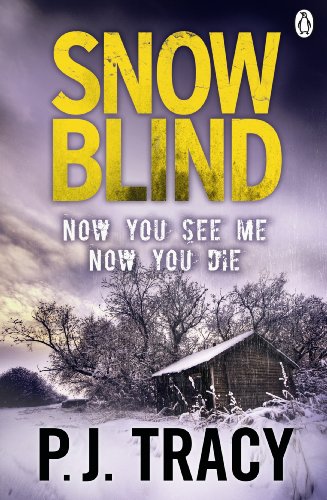 Snow Blind is yet another top ten bestseller from the chilling PJ Tracy.

The Dead of Winter...

Minneapolis, winter's first white flakes; a park full of snowmen. But the layers of packed snow hide a goulish surprise ...

First, the bodies of two cops are found inside the snowmen and then a day later, in the countryside to the north, Sheriff Iris Rikker makes a similarly shocking discovery. Soon Detectives Gino and Magozzi are sent north through the worst blizzard Minnesota's seen for years to find what else links the investigations.

But some secrets you don't want to uncover. And as the cases unravel, it seems snowmen aren't the only ones with something to hide ...

From the author of Live Bait and Dead Run comes PJ Tracy's Snow Blind. Grace MacBride and Detectives Gino and Magozzi are back for more. Fans of Lisa Gardiner and Karen Rose will love this.

'A fast-paced, gripping read with thrills and devilish twists' Guardian

"PJ Tracy is about to become a household name" Daily Mirror

P.J. Tracy is the pseudonynm for the mother-and-daughter writing team of P.J. and Traci Lambrecht. They are the authors of the award-winning and bestselling thrillers Live Bait, Dead Run, Snow Blind, Play to Kill and the Richard and Judy Book Club pick Want to Play? All five books feature detectives Gino and Magozzi and maverick computer hacker Grace McBride. P.J. and Traci both live near Minneapolis, Minnesota.