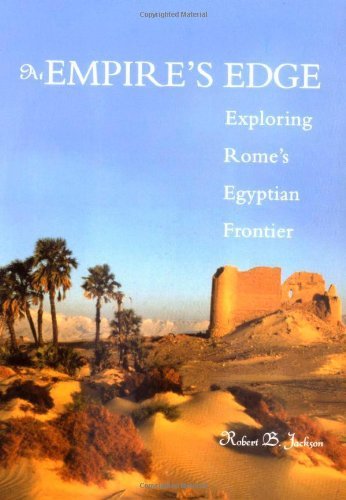 When Egypt became a province of the Roman Empire in 30 BC after the deaths of Antony and Cleopatra, its vast and mysterious frontier lands had an important impact on the commerce, politics and culture of the empire. This account - part history and part gazetteer -focuses on Rome's Egyptian frontier, describing the ancient fortresses, temples, settlements, quarries and aqueducts scattered throughout the region and conveying a sense of what life was like for its inhabitants. Robert Jackson has journeyed, by jeep and on foot, to virtually every known Roman site in the area, from Siwa Oasis, 45 kilometers from the modern Libyan border, to the Sudan. Drawing on both archaeological and historical information, he discusses these sites, explaining how Rome extracted exotic stone and precious metals from the mountains of the Eastern Desert, channelled the wealth of India and East Africa through the desert via ports on the Red Sea, constructed and manned fortresses in the distant oases of the Western Desert, and facilitated the expansion of agricultural communities in the desert that eventually experienced the earliest large-scale conversions to Christianity in Egypt.
Illustrated with many photographs, the volume should be useful to archaeologists, classicists, and travellers to the region.