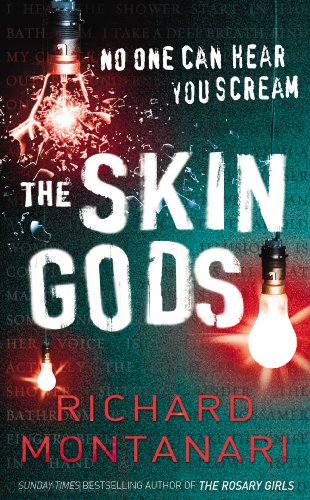 No one can hear you scream. The second spell-binding, unputdownable thriller in the Byrne and Balzano series from the Sunday Times besteller.

The streets of Philadelphia are blistering in the summer heat, the homicide rate is soaring and the nights belong to the mad. Detectives Kevin Byrne and Jessica Balzano are prowling the streets with a growing sense of unease. Where next will evil rear its ugly head?

When a series of seemingly unrelated crimes shatter the restless silence of the city, their worst fears are confirmed. A beautiful secretary is slashed to death in a grimy motel shower. A street hustler brutally murdered with a chainsaw. Piece by piece, a strange and sickening puzzle presents itself: someone is meticulously recreating Hollywood's most well-known and horrifying murder scenes, capturing them on film and inserting the clips into videos - for an unsuspecting public to find.

While Kevin Byrne begins furtive investigations of his own, Jessica Balzano goes undercover to work the steaming back alleys of Philadelphia, entering a violent world of underground film, pornography and seedy nightclubs, hidden to all but the initiated. Discovering that none of The Actor's victims are as innocent as they appear to be, the two detectives arrive at a terrifying reality: They are not just chasing a homicide suspect. They are stalking evil itself ...