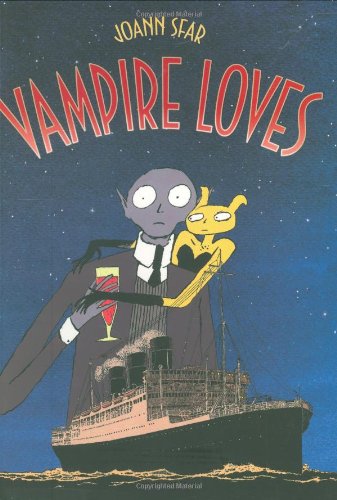 Meet Ferdinand, a vampire who bites his victims with only one tooth in order to pass as a mosquito, who loves the music of dead singers, and who has no end of trouble trying to make sense of his relationships - some with the living, some with the undead. "Vampire Love" follows the strange and comically romantic adventures of Ferdinand and his friends as they flirt with, seduce; cheat on, break up and make up with all manner of strange creatures, including ghosts, other vampires, tree-folk and golems. Edgy, charming and filled with Joann Sfar's inimitable blend of tenderness, comedy, melancholy and philosophy, the four stories in this volume are drawn as much from the Jewish mysticism of eastern Europe as from 21st century Goth culture. At once silly and serious, wild and poetic, Joann Sfar's disquieting tales are filled with intelligence and rich humanity. Vividly illustrated and sensitively written, Vampire Loves is alive with colour, wisdom and humour.