Showing Not a Good Day to Die by Sean Naylor 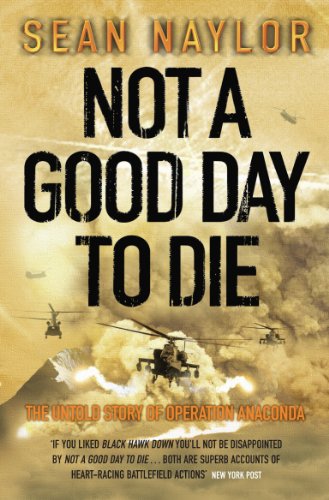 At dawn on March 2, 2002, the first major battle of the 21st Century began. Over 200 soldiers of the 101st Airborne and 10th Mountain Divisions flew into Afghanistan's Shahikot valley - and into the mouth of a buzz-saw. They were about to pay a bloody price for strategic, higher-level miscalculations that underestimated the enemy's strength and willingness to fight.

After the attacks of September 11, 2001, Coalition forces quickly toppled the Taliban regime from the seat of government. But, believing the war to be all but over, the Pentagon and US Central Command refused to commit the forces required to achieve total victory in Afghanistan. Instead, they delegated responsibility for fighting the war's biggest battle to a tangle of untested units thrown together at the last moment.

Then the world watched as Anaconda seemed to unravel.

Denied the extra infantry, artillery and close air support with which they trained to go to war, the soldiers of this airborne assault fought for survival in brutal high-altitude combat. Backed up by a small, but crucial, team of special forces, they were all that stood between the Coalition and a military disaster.

Now, award-winning journalist Sean Naylor, an eyewitness to the action, vividly portrays the fight for Afghanistan's most hostile battleground and details the failures of military intelligence and planning that left victory hanging by a thread.